(I was saved twice by biwa: the loquat)

★What is BIWA anyway？

The title "BIWA“ is a fruit that appears in early summer in Japan. It is loquat in English.

It has orange peel and brown seeds. There is a big biwa tree in my house. The fruits do not taste very sweet, but I like the taste in season. 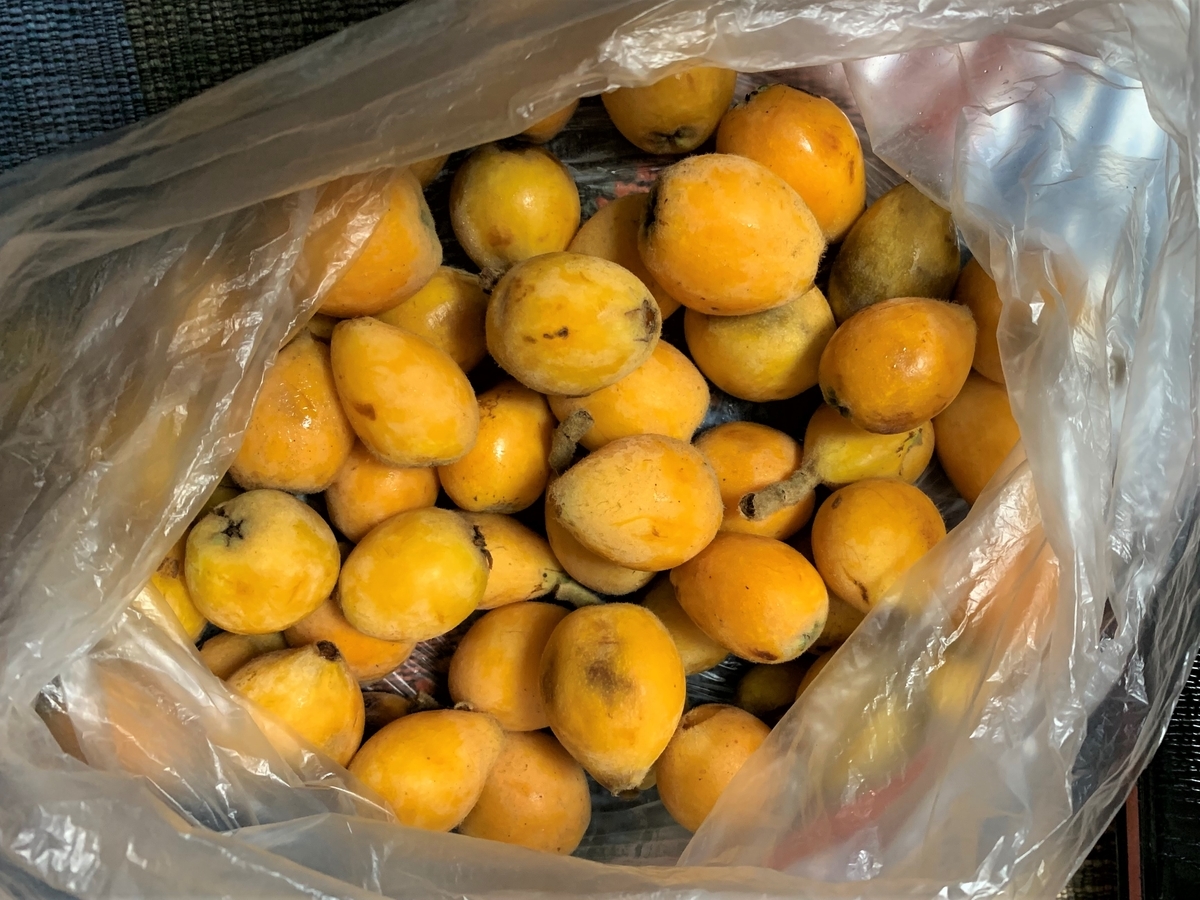 This is the biwa tree in my yard. 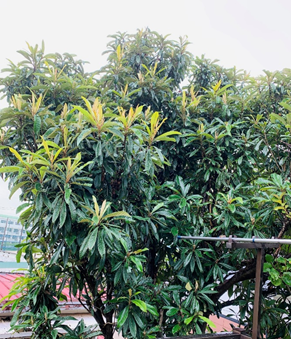 The leaves are rough, and they cover the balcony of my house. By the way, I’d like to talk about the story which I have been saved by this biwa-loquat. Although I said “saved”, it is not a story of a new religion but of a kind of medicine.

This happened a long time ago. It was a story when my family was abroad and I was living alone at that time.

At the beginning of December, I had been out all day, and after a while, I started coughing and coughing and never could stop. I couldn't sleep all night until the next morning. Because of the heavy cough I couldn't sleep, so the next day I rushed to the doctor’s almost crawling and the doctor gave me some medicine.  I thought that I got the flu been transmitted to me on the train. I took the medicine given for a week, but I couldn't stop coughing almost 2 weeks. I had to keep standing all the night, sticking my head to the wall and coughing.

But then, I suddenly remembered about the biwa tree that I had in my yard. As my sister-in-law once told me, biwa leaves have various medicinal properties and are effective for coughing.

That night I didn't cough and slept quietly and calmly. I woke up the next morning and wondered why I didn't cough all the night. I was sure it was because of the biwa leaves, so later I wrapped biwa leaves around my throat all day long. That persistent cough, which the doctor's medicine didn't work for, was like a lie. After that, I wondered about the benefits of biwa leaves, and I boiled the leaves to make tea to take. Later I never coughed again.

The following picture is the biwa-leaves tea I made recently. 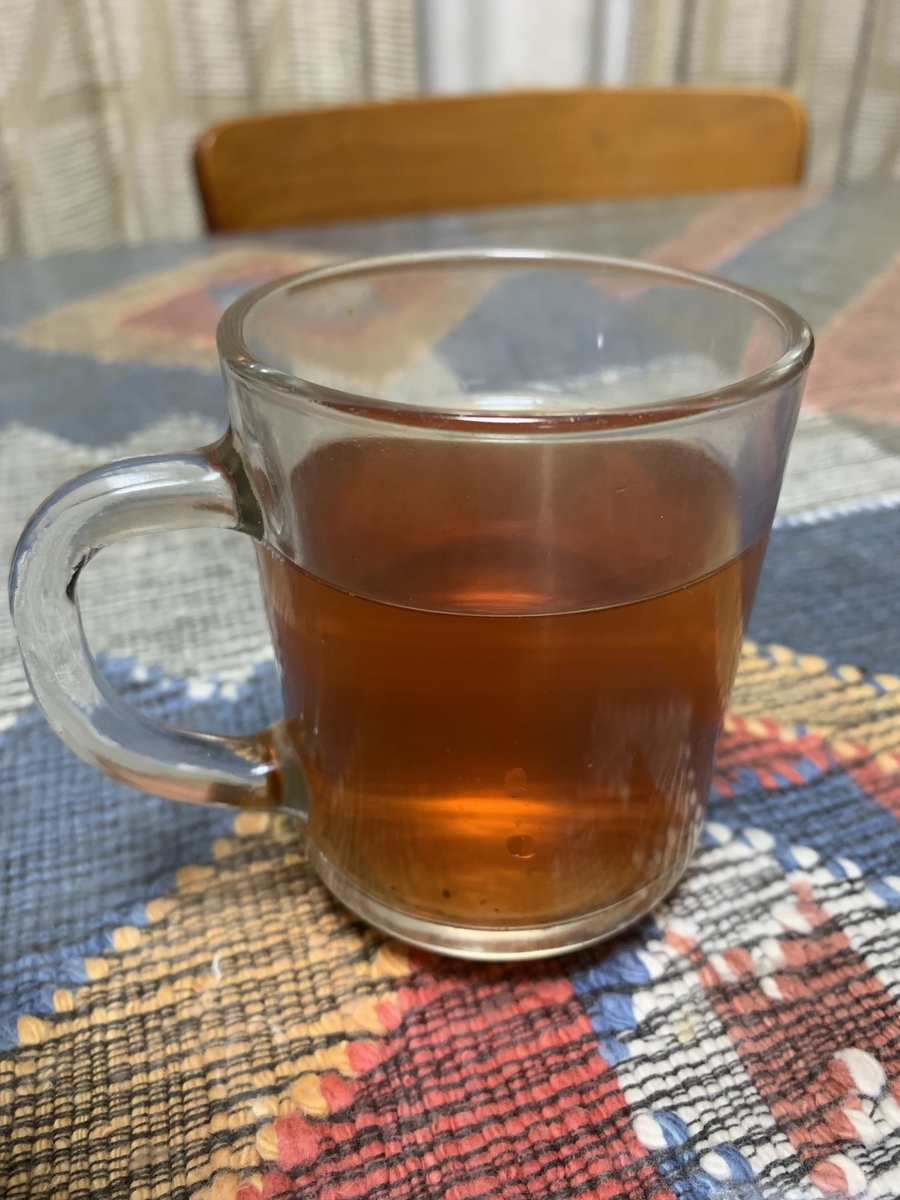 However, this story took place more than 10 years ago, and I had been drinking loquat tea at that time, but then I forgot about it.

2) Another story of BIWA which saved me nowadays

About a year and a half ago, I went to a restaurant with my husband by bicycle. After I went out of the restaurant, I found two bikes were on my bike. I tried to remove them and then, the 2 bikes turned over me and I fell on my back. I hit my back against a concrete block, then my backbone was broken, and I was taken to the hospital by ambulance and hospitalized about 2 months.

After leaving the hospital, I suffered from fever all the time, and in addition, I found an abnormality in the bones of my back and groin, and I was diagnosed as requiring long-term care 1. Then I had to go to rehabilitation twice a week, and took a rest of time in bed. Almost for more than one year I spent the days almost in bed at home.

Moreover, my memory got unstable and the world looked vague. I couldn’t have any normal conversation with anybody. Even though, I could feel my body got better until I could handle the tricycle that I was using before two-wheeled bicycle which got that accident. So, I was able to make a round trip near my house for about 15 minutes.

One day, I went to Maruetsu a small super market, which is about a 15-minutes’ walk from my house, and lost my way. I knew every street but I couldn’t get home. I got lost and finally it took me three hours to get back. I started to worry and couldn’t go out after that incident.

Later, because of lack of exercise, my back pain became stiffer, and I couldn’t move my right leg, so my back pain got worse. But then almost miraculously, I remembered the biwa again.

Oh! biwa may help me.

It was the season of biwa, and I took the biwa fruits that I could reach from the balcony and ate them. Then, with the help of my family, I also took the branches of the biwa and got a large amount of biwa fruits and leaves.

That night, I took a bath with the biwa-loquat leaves in a bag. Then the water got brown which looked dirty. But when I put the bag of biwa leaves where it hurt so much on my painful parts, I felt removed.  I felt that the pain which tormented me so long time was cured.

Could you believe no medical care could cure my pain until that night when I took the bath with the biwa leaves? 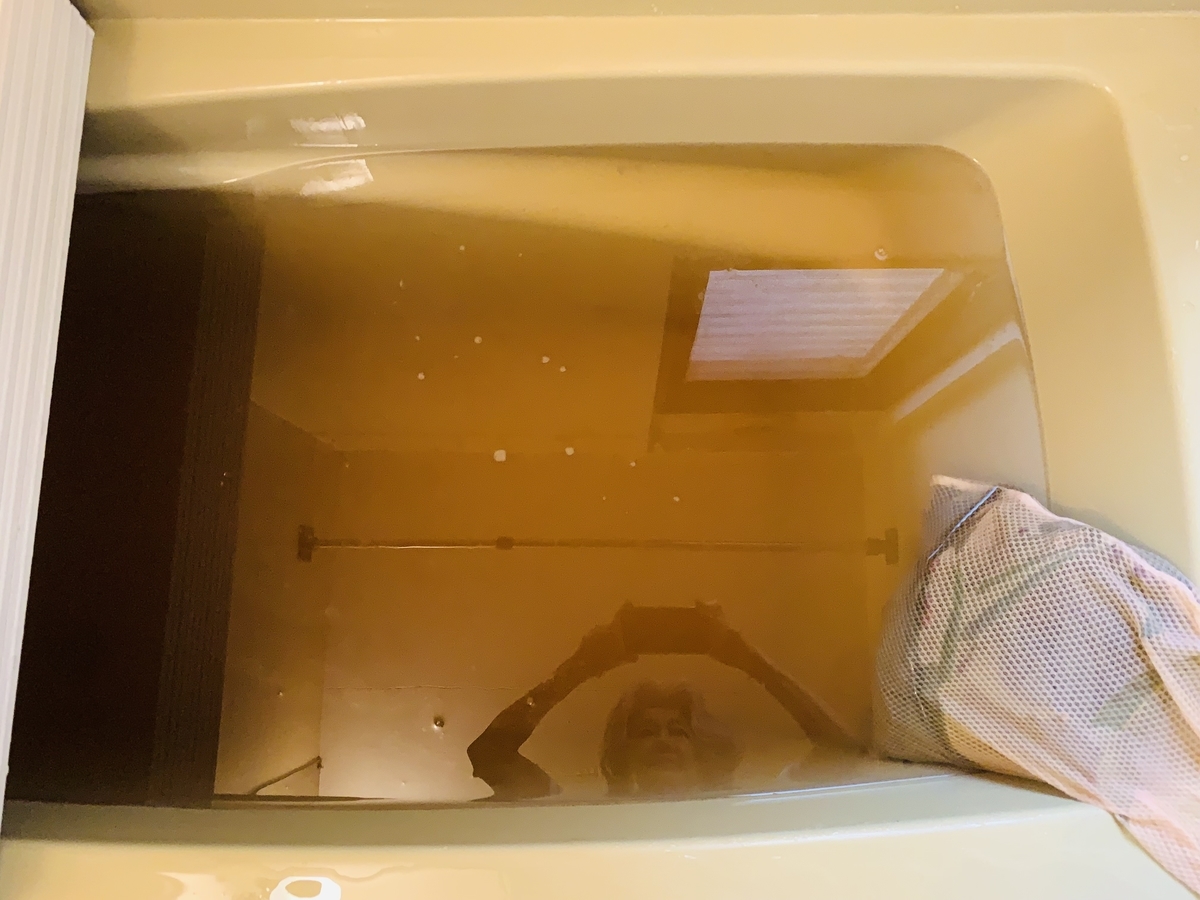 That night, I slept with the biwa- loquat leaves where it hurt.

Eh? Did I walk just now? How is this? What happened with me? Why I can walk?

After the fracture treatment, I received the result of certification for long-term care 1(要介護認定1), and had a handrail attached to the stairs going up to the second floor of my house. When I climbed the stairs, I clung to the railing, but when my feet were slumping, I felt like someone else going up the stairs. When I walked inside and outside the house, I was clinging to a cane, but after the biwa-treatment at that time I noticed I was walking without a cane.

Eh? I'm walking!!! So astonished, I searched online for the benefits of biwa.